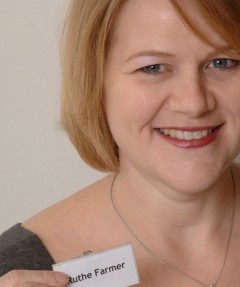 Over the last few years, efforts to reinvigorate K-12 computer science (CS) education have emerged from the inner circles of education and become a global movement. CS is now seen as a competitive advantage in the global economy and a way up the economic ladder for countries of all sizes. Nations including the UK, South Korea, New Zealand, Israel and Estonia have taken the lead in establishing CS as a core subject. Using the US-based Computer Science for All (CSforALL) initiative as a case study, Ruthe Farmer, Chief Evangelist at CSforALL and former Senior Policy Advisor for Tech Inclusion under President Obama, will share lessons learned and challenges faced in the work to bring CS to all US students such as education policy transformation, weathering changes in political leadership, and leveraging the “long tail” of the CS stakeholder community to achieve sustainable change through collective impact and local engagement. This talk will offer examples and opportunities for all SIGCSE attendees to contribute to the CSforALL movement and become nodes in the distributed national network of organizations and initiatives, both big and small, that will make CSforAll a reality.

Ruthe Farmer has focused her efforts on diversity and inclusion in tech and engineering since 2001 and is currently Chief Evangelist for the CSforAll Consortium. She served as Senior Policy Advisor for Tech Inclusion at the White House Office of Science & Technology Policy focusing on President Obama’s call to action for Computer Science for All, and previously served as Chief Strategy & Growth Officer and K-12 Alliance Director at the National Center for Women & Information Technology (NCWIT) . Over the course of her career, Ms. Farmer has launched and scaled up multiple national programs including Aspirations in Computing the TECHNOLOchicas campaign for Latinas, AspireIT outreach program, Intel Design & Discovery, Lego Robotics for Girl Scouts and more. She served as the 2012 Chair of Computer Science Education Week, was named a White House Champion of Change for Technology Inclusion in 2013, received the Anita Borg Institute Award for Social Impact in 2014, and the Education UK Alumni Award for Social Impact in 2015. She is a guest contributor for Techcrunch, Amy Poehler’s Smart Girls, the Shriver Report, and the Huffington Post, and has been featured in Forbes and TechRepublic for her work. Ruthe holds a BA from Lewis & Clark College and an MBA in Social Entrepreneurship from the University of Oxford Said Business School and is passionate about integrating innovative business strategies into social change efforts.